MRP was awarded an award for the 2019 Product of the year from Grow Nebraska and Russ’s Market. From the Grow Nebraska Press Release:

Kearney, Neb. – Congratulations, Mystic Rhoads Productions! On April 3, 2019 at GROW Nebraska’s MarkeTech Conference, Adam Rhoads, from Mystic Rhoads Productions, accepted a trophy for the 2019 Russ’s Market Best Local Product Award. GROW Nebraska, an educational 501©3 nonprofit, and Russ’s Market teamed up to identify the best local company in the state, that sells products in its stores and excels in marketing and promoting that product.

This was the second year that the award was presented. In 2018, the first Russ’s Market Nebraska Best Local Product Award went to Cooper’s Best Flour, which manufactures all-whole-wheat pancake and biscuit mixes made from wheat milled in Nebraska.  “After reviewing the list of Nebraska products, our category managers said Mystic Rhoads stood out,” said Marty Jarvis, Director of Marketing for Russ’s Market. “We look for the one who works the hardest to sell their product and who works the best with us. Do they work with our category managers and department directors? Do they do things to help the product sell? It’s not just one thing. We have worked well with Adam for years.”

Mystic Rhoads Productions came to life in 2003 through the efforts of two U.S. Peace Corps Volunteers serving rural communities in the great parish of Trelawny, Jamaica. During this stay, they gained an in-depth understanding of the people, culture, and environment of Jamaica. Their love for the area and desire to see it flourish was the motivation behind MRP’s creation. Now based in Lincoln, NE, MRP works to provide positive educational opportunities, healthy lifestyles and an appreciation of the natural environment to the communities it serves. From scholarships and school supplies to community gardens and volunteer support, MRP is dedicated to the simple task of improving the world. They’re no ordinary charitable organization. Yes, they rely on donations, grants and community support. But, they like to make things happen on their own too. That’s why they’ve created a line of products that funnel profits back to charitable causes. You buy, and they give. 100%.

“GROW Nebraska is thrilled that Russ’s Market stores selected Mystic Rhoads as the 2019 Best Nebraska Local Product,” said CEO, Janell Anderson Ehrke. “Working with Adam and his team is a pleasure and they represent the true spirit of a Nebraska Entrepreneurial business that gives back to the community. Russ’s Market and their commitment to helping smaller local businesses is also a great example of being a great Nebraska company that is driven to help build our economy.”

Russ’s Market has been a member of GROW Nebraska since 2009. B&R Stores, Inc., was founded in 1964 by Russ Raybould. During the past 55 years, the company has grown to include 20 stores under several banners including Russ’s Market, Super Saver, and Apple Market located in Nebraska and Iowa.

GROW Nebraska is a nonprofit membership organization, serving over 400 Nebraska small businesses. The organization provides market access, education, and training to launch and connect Nebraska businesses to the global marketplace. GROW Nebraska’s educational programs and scholarship opportunities are funded in part by federal and state funding, along with generous support from foundations and individual donors. 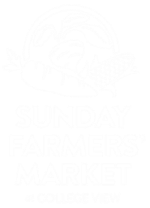